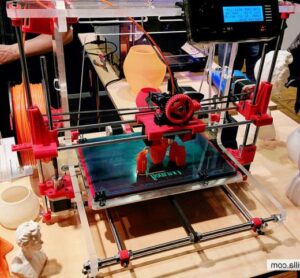 What Is Prototype Tooling?

Tooling is a method of working with materials in which the materials are cut and shaped to make a specific form. For example, to make a screw, a chunk of metal is made into a cylinder and then a spiral is cut into the bottom half of the metal. In most regards, this is what prototype tooling is; the materials needed for the prototype are cut and shaped to make a prototype copy. Aside from functionality issues, another major difference between prototype and regular tooling is the output amount, because only a limited number of copies are made for the prototype.

While traditional tooling commonly is used for prototype tooling, 3D printers also can be used for some prototypes. Simple functionality may be replicated with this method, but advanced functionality is difficult. This is more like a mold that is replicated from a 3D model; this means 3D printing is a useful tooling technique when plastic is being used.

There are some differences between prototype tooling and regular tooling that may keep a prototype from being used safely and properly. If the prototype is supposed to be functional, with moving parts, then this usually will be downplayed to make the prototype easier and faster to tool. This means the functional parts may not be included, or they may be simplified so the functions can briefly be displayed to interested buyers. The parts usually are not fastened as securely, so the prototype may not be safe for extended use.

Read more: What Is Prototype Tooling?