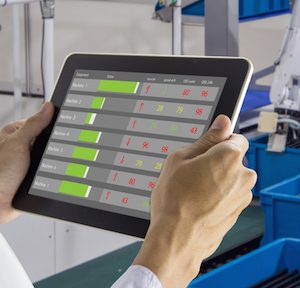 Many variables in the beginning stages of process development determine the longevity of process standardization in plastic injection molding. Establishing a repeatable process that provides 100% efficiency with little to no scrap is an important step toward a standardized process.

However, there is a process development stage that is sometimes overlooked because of a hasty or poorly thought-out approach. A true process requires normal process consistencies—fill time, peak pressure and so forth—to ensure that the process that was initially developed holds true to its original standard. But keep in mind that recording historical data can be just as critical to standardization as process development itself.

Historical data are a group of key measurables confirming that standardization has been achieved. These data points also can identify changes that are affecting the initial process and help to analyze steps that need to be taken to revert back to the original process.

This article outlines the value of historical data as they relate to physical conditions outside of normal process control measurements. It will provide three primary examples of what physical data should be recorded, and how to use that information to identify changes occurring within the original molding conditions. It will also provide some insight into how to analyze that data to pinpoint what has changed, and suggest steps that might be taken to correct the inconsistencies.

Barrel temperature is a normal recordable that is commonly included on the setup sheet for most companies. Zone setpoints are repeated to ensure that temperature setpoints remain consistent.

However, barrel temperature itself is a key indicator of process change. For instance, if a proven, repeatable process starts to run short/unfilled parts, verifying setpoints might not provide adequate information as to what has changed. Heater bands can wear out, leading to poor heat performance in certain areas of the barrel.

Historical barrel temperature should be measured between bands using a band-type thermal indicator. Laser measurements will work, but are much less reliable. It is also important to record melt temperature for each process you run. When recording melt temperature, it is imperative that the press be shut down during a running condition to ensure that the barrel has been properly heat soaked. This data is helpful, for example, when a heater band is working but underperforming. The band will register on the controller as being at temp, but a temperature variance on the barrel itself might help to identify a changing condition.

Mold temperature is a frequently under-valued and forgotten form of historical data that offer real value to change analysis. Measurements should be taken with the mold in running condition to allow proper heat soak. Band and probe-type thermal measuring devices are again preferred as the best way to record accurate, controlled measurements. Temperatures should be measured in various areas of the cavitation, runner, bushing and hot drop areas. A good way to record this data is to take a picture of the mold faces themselves, then record the temperature data defining the correct positioning of the temperature probe/band. An example of this data helping to identify a problem is a poorly performing water circuit with reduced flow. The flow reduction would cause an increase in mold temperature in a specific area. Increasing historical data for the mold surfaces can help to identify these types of changes.

Support equipment, such as thermolators and hot runners, is frequently overlooked as a key source of variation that requires control to achieve process standardization. Two identical pieces of equipment—same brand, same make—may  perform completely differently. Whenever possible, marry this type of equipment to a specific press to reduce potential variances.

Thermolator performance can be measured by recording GPM/LPM on both the supply and return of the unit itself. It is also important to verify that actual temperatures meet setpoints. For instance, if a thermolator pump starts to fail, lower GPM would be a clear indicator that a change has occurred.

Hot-runner performance is another key measurable that can be used to analyze variance. Actuals should be the same as setpoints. Another key recordable is temperature variance. Preferably, there should be no swing above and below actual setpoints. In cases where swing is inevitable, the normal swing should be recorded to help identify future variances. The hot runner itself should be measured similarly to barrel temperature recording. With the hot runner exposed, temperatures between bands should be measured and recorded for future reference. It is important to note that when bands on the hot runner are replaced, great care should be taken to install the new band in the same location that the old band was in.

These are only a few examples of how historical data can help improve a molder’s ability to quickly identify and respond to changing molding conditions. Increasing the amount of data recorded improves analysis capabilities and response time to process change. There is a clear difference between black-and-white and colorized photos. Similarly, change response is fully dependent upon the amount of data available to identify process variance. Record all data available when a process has been validated to ensure that, when future variances arise, the changes can be quickly addressed using the proper approach.