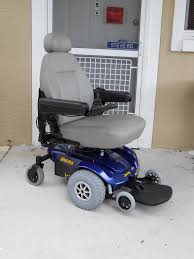 Newly engineered wheelchair rolls, rises and gets everyone on the same level

On the Medical Watch, there is now a wheelchair that not only rolls but rises.

It’s giving people who can’t walk the ability to stand and move.

The inventor of the bionic arm reached even further to help wheelchair users thrive.

Doctors at the Center for Bionic Medicine showed off the standing wheelchair at the Shirley Ryan Ability Lab Tuesday along with Jonathan Annicks, who has been in a wheelchair a little more than a year after he was shot. A bullet aimed for a gang member hit him instead as he walked to his car. Now he sits.

And it can get a bit frustrating.

“My feet weren’t getting enough blood flow,” he says. “Whenever I am on public transportation or in an elevator, I have butts and book bags in my face.”

And he wanted more freedom.

“I need to call someone into the kitchen if I can’t reach a cup out of the cupboard or a plate or if someone put my leftovers on top of the fridge I can’t get to it.”

But now he can, after he began testing a manual standing wheelchair.

“This is an amazing device and I can`t wait to use it more. This is really exciting,” he says.

“It’s doing all the work for you. All I have to do is move the little mechanisms and up I go.“

Reaching to new heights in technology, engineers found a way to help those who use a wheelchair every day, reach their goals.

“Most engineers don`t get to do things that really are made to help people,” says Frank Ursetta, an engineer Shirley Ryan Ability Lab.

Enter the wheelchair made like a bike – with gear shifts and a bike chain.

“At any point in time they can switch this back into the forward position and go back to driving the wheels back and forth with these linear hand drives,” Ursetta says.

Traditional wheelchairs provide mobility but only in the sitting position. By rising, people can be more independent and active.

No more having everyone look down at you and being eye level, takes communication to a whole new level.

“I could be standing up eye level with everyone, just having conversations with people I don`t have to look up anymore,” Jonathan says.

“It’s super simple, very efficient,” he says. “I would say it`s easier than wheeling around in my regular wheelchair…. There`s a whole new window of opportunity of limitations that have been removed and just freedom.”

wheelchair a little more than a year after he was shot. A bullet aimed for a gang member hit him instead as he walked to his car. Now he sits.

Read more: Newly engineered wheelchair rolls, rises and gets everyone on the same level