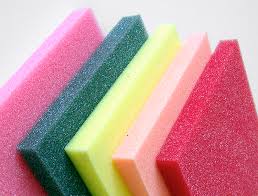 How Is Polyurethane Foam Made?

What is Polyurethane Foam?

Polyurethane foam is one of the four basic types of products that can be made from raw, liquid polyurethane. They are comprised of two chemicals which, when mixed and heated, form liquid polyurethane prior to being further processed. These chemicals are polyol, a type of complex alcohol, and diisocyanate, a petroleum byproduct that reacts strongly with alcohol. By combining the two, a stable long-chain molecule is formed. It’s a polymer, or plastic, known as urethane.

What is Polyurethane Foam Used For?

Polyurethane foam is used primarily for bedding and furniture stuffing. It’s hypoallergenic, nontoxic and does not degrade over time. This means that cushions filled with it will always regain their shape, no matter what punishment they’re put through. Foam beds are also becoming popular. The solid layer of foam molds to fit the body. Packing peanuts and foam inserts are also used by shipping companies across the world.

How is Polyurethane Foam Made?

Once the two ingredients have been combined to form hot liquid polyurethane, they are passed down through a pipe into a nozzle head. Beneath the head is a series of rollers upon which waxed paper passes by. The nozzle jets a fine spray of hot liquid over the waxed paper, mixing with blasts of carbon dioxide coming from another nozzle. This causes the polyurethane to expand as it moves down the conveyor belt, forming a foam strip. The edges of the foam are trimmed and compressed to ensure it retains a viable shape. The foam is comprised of an untold number of tiny gas bubbles trapped in the polyurethane. Unless the gas is released, the foam will take on the consistency of a rock. So, the foam passes beneath a series of heat lamps. It dries the foam and causes the bubbles to expand, then burst, leaving a completed spongy porous material behind.