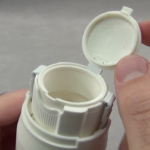 Many of the prospective clients we speak with have an incomplete understanding of what exactly is required to produce a product at scale. There’s a lot that goes into an injection molded prototype or final product but the big three are absolutely essential. Here’s the big picture: What is Required For Injection Molding A computer design (CAD software file) of your part. Creative Mechanisms specializes in creating novel designs from “napkin-sketch” concepts and then turning these ideas into physical prototypes. An injection mold tool designed to produce the CAD part. Mold tools vary depending on what stage in the production process you are in.... Read More

The Benefits of Aluminum Mold Tools For Injection Molding 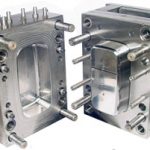 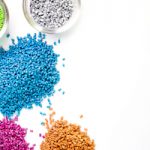 Thermoplastic polyurethane (TPU) is an elastomer that is fully thermoplastic. Like all thermoplastic elastomers, TPU is elastic and melt-processable. Further, it can be processed on extrusion as well as injection, blow and compression molding equipment. It can be vacuum-formed or solution-coated and is well suited for a wide variety of fabrication methodologies. TPU can even be colored through a number of processes. But more so than any other thermoplastic elastomer, TPU can provide a considerable number of physical property combinations making it an extremely flexible material adaptable to dozens of uses. This is partly because TPU is a linear segmented... Read More

Injection-Molded Plastic Allows More Creativity than Ever Before

Design teams are always trying to come up with something better—better shapes and designs, better performance, better materials, and most importantly, a better cost. If there's a way to give their product an edge over the competition, the design team will do everything they can to incorporate it into their process and product. Cost, of course, is a huge factor. After all, there is only so much you can do to reduce costs when you follow Lean practices and/or consistently use the same set of materials, designs and processes. Often it's just a one-percent gain here, a one-percent reduction there.... Read More 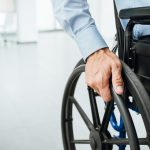 When configuring your wheelchair, it’s important to consider,  what wheels you need.  The choice you make will depend on your primary use, be it indoor or outdoor, plus the terrain and the activity involved. And making the right choice can be crucial. Someone with a pain condition really doesn’t need a lot of vibration, and other users may value speed as part of their sense of independence. Here’s the information you need to choose wisely: The smoothness of the ride, speed, maneuverability, and control are all related to the wheelchair wheels, tires and casters. Choosing these components is not a straightforward task.... Read More 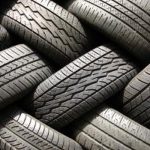 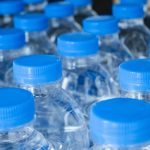 What is Polyethylene terephthalate (PETE or PET), and What is it Used For? Polyethylene terephthalate (PETE or PET) is the most commonly used thermoplastic polymer in the world and is better known in the textile industry by the trade name “polyester.” It is a naturally transparent and semi-crystalline plastic widely used as a fiber for clothing, as an effective moisture barrier with wide applicability in bottling and packaging (known in these cases as PET or “PET resin”), and as an engineering plastic when it is combined with other materials like glass fiber or carbon nanotubes to significantly increase the material’s strength. It is... Read More 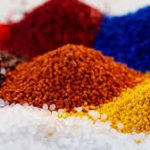 Polyurethane -- Polyurethanes are widely used in flexible and rigid foams, durable elastomers and high performance adhesives and sealants, fibers, seals, gaskets, condoms, carpet underlayment, and hard plastic parts. Polyurethane products are often called "urethanes". Uses - Over three quarters of the consumption of polyurethane products is in the form of foams, with flexible and rigid types being roughly equal in market size. Polyurethane materials are also used in coatings and varnishes used in furniture manufacture, carpentry or woodworking. Polyurethane is also used as an adhesive, especially as a woodworking glue. Its main advantage over more traditional wood glues is its... Read More

Introduction Humans have taken advantage of the versatility of polymers for centuries in the form of oils, tars, resins, and gums. However, it was not until the industrial revolution that the modern polymer industry began to develop. In the late 1830s, Charles Goodyear succeeded in producing a useful form of natural rubber through a process known as "vulcanization." Some 40 years later, Celluloid (a hard plastic formed from nitrocellulose) was successfully commercialized. Despite these advances, progress in polymer science was slow until the 1930s, when materials such as vinyl, neoprene, polystyrene, and nylon were developed. The introduction of these revolutionary... Read More

The Eleven Most Important Types of Plastic

One of the major innovations of the past century has been the introduction and wide adoption of plastics for many day-to-day applications that previously relied on traditional materials like metal, glass, or cotton. Plastics have revolutionized many industries for a number of different reasons to include the fact that they resist environmental degradation over time, are generally safe for human beings, are economical and widely available, and are produced with a wide variety of material properties that allow adaptation to many different applications. Here is our list of the top 11 plastics the modern world simply cannot do without: 1. Polyethylene terephthalate (PETE or PET): PET is... Read More