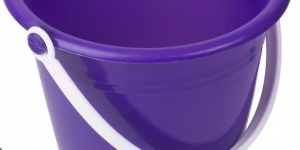 Both polystyrene and polyurethane are polymers, synthetic substances made from long chains of molecules. These molecules consist mostly of carbon and hydrogen atoms. Industry produces these ubiquitous plastic building materials to make all sorts of common items. The computers we use are typically encased in polystyrene, which is an older polymer. However, polyurethane is increasingly coming to replace polystyrene in certain situations, particularly those which require more flexibility. Though they are sometime confused, there are differences between the two in terms of their composition, the ability of finished products to resist chemicals and conduct heat and their tolerance for thickness.

Polystyrene is a polymer containing molecules composed of carbon and hydrogen atoms, typically eight of each. The molecular formula of polyurethane, on the other hand, describes a much more complex polymer made from molecules composed of nitrogen and oxygen as well as carbon and hydrogen. Unlike polystyrene, which forms a hard plastic, polyurethane’s polymers can be arranged differently to create substances with varying degrees of flexibility.

The R-value of a building material measures its thermal resistance. Polyurethane demonstrates about twice the resistance to heat that polystyrene manages and is an excellent material for electrical insulation. In addition, polyurethane continues to maintain flexibility in very cold conditions, though a gradual stiffening begins at 0 degrees Fahrenheit. However, this resistance varies according to the density and thickness of each material.

Polyurethane does not melt, unlike polystyrene. In fact, polyurethane will remain mostly undamaged by heat until temperatures reach 700 degrees, at which point the material begins to char. Polystyrene will melt at temperatures in the 200- to 300-degree range. Polyurethane makes a superior fire-retardant material.

While polystyrene will suffer when subjected to solvents such as gasoline and certain insect sprays, polyurethane is resistant to all chemicals. This polymer also outperforms polystyrene in resisting atmospheric damage due to oxidation and sunlight. In fact, polyurethane withstands all physical attacks and stresses better than polystyrene.

Since polyurethane resembles rubber as well as plastic, it can be effectively used to make load-bearing wheels, mechanical joints, couplings and machine mounts. Polystyrene does not have the flexibility for these tasks.

Since it has some of the qualities of rubber, polyurethane is useful in achieving mechanical sound reduction. Gears made from this polymer make much less noise.